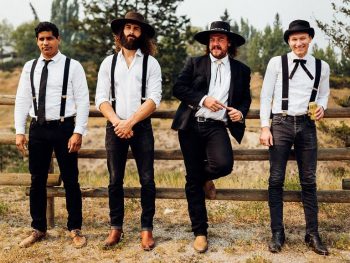 Yes it’s true. The Dead South is from Saskatchewan and their concerts are super-hot all over the North American and European continents. Except for that lid-less (but rockin’) cello player, the bandmembers wear stylin’ chapeaus and Nate Hilts happens to sport a Gene Baldwin Vaquero/Buckaroo style lid that looks, well… awesome… on him. We’re not talking a hat that just looks like a hat that Gene made, either. We’re talking a hat that Gene actually made for Nate at Nate’s request.

And one just like it — made by the master hatter, Mr. Gene Baldwin — would look awesome on you, too!

In celebration of the release of their new album, Sugar & Joy (released 11 October 2019) — and your enjoyment of this album — The Dead South is giving away a Baldwin black vaquero hat just like Nate’s to one lucky winner. To enter, what you do is post a picture of you and your copy of Sugar & Joy with the hashtag #mysugarandjoy and you’ll be entered in the contest! 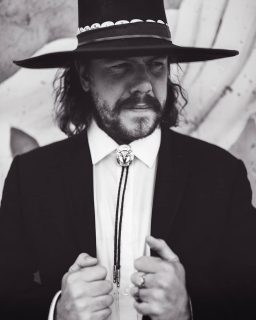 You can also go to the Instagram page and use the AR filter to “wear the hat” for a selfie! Here Nate shows you how.

Looks like the contest is going to go another month, to the end of December, 2019! So go enter!