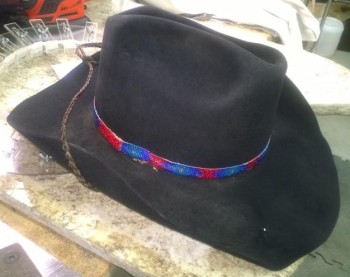 Bob’s old hat was something to behold  with dirt and grime from many years on the trail.  The crown was pinched with a wavy brim, a dirty wind string and miles of wear. And how can I describe the inside?  Let’s just say it looks like a hat that has been worn for 7 years straight.

To renovate his hat I took the hat apart, cleaned the hat body,  blocked the hat for a custom fit, and replaced the sweatband and hat liner.  As we talked, Bob mentioned he would prefer a different crown style so I told him it was possible to change the style of  his hat from a Cattleman’s crease to a Gus crown.

All of this was possible because Bob’s hat is a good quality fur felt hat.  Hat renovations are not possible on all old hats.

Howdy!  I thought that I would like to show you folks what magic that my favorite custom cowboy hat maker Gene Baldwin can do with an older hat that has been in storms, hailed on, snowed on, generally mistreated. Well it looks so much better it is amazing. Now remember this hat was in really rough shape from a little over 7 yrs of hard use everyday. The old pics are with the band. Now I forgot to show you the inside before but it was rough, really rough.
— Bob Crutcher 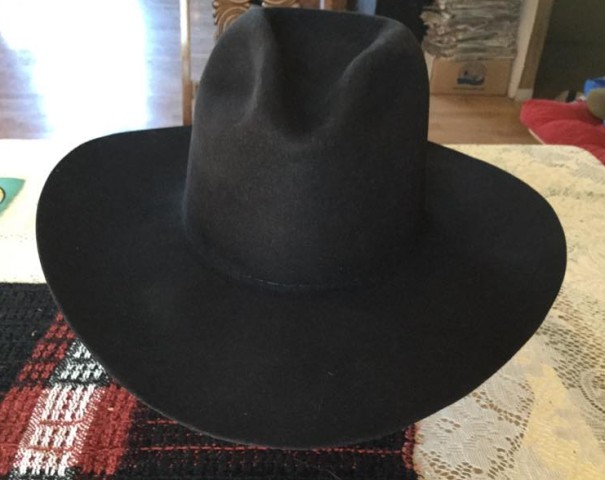